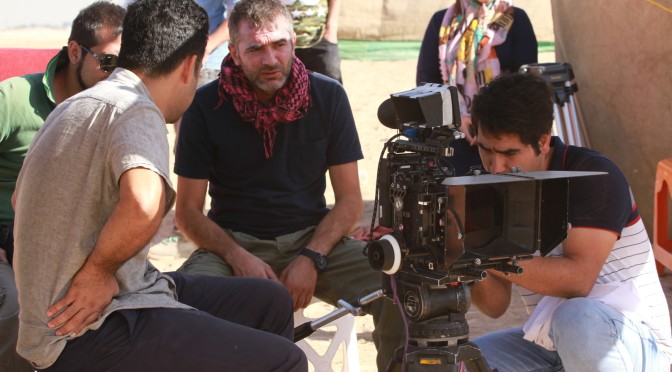 Submit your film now for a chance to showcase your work at the most important and renown nonviolent film festival in the world!

Each one of the selected films is featured in Daria! magazine. The 2018 issue will be published on September 10 and it will be distributed to all film industry and media executives worldwide. Some of the previous magazines are available here:

Some of the films that have participated to Global Nonviolent Film Festival in the previous years went on to get distribution and to qualify for nomination consideration at the Academy Awards.

The Awards handed at the Festival are listed on the IMDB. The past 6 years of Awards (starting with 2012) are available here:

Between September 20 – 30, the films are available for viewing only on the Festival’s TV Channel and NO downloads are possible. Downloads of the films are not allowed for the protection of the product; additionally, as soon as the Festival ends, all the films are removed from the channel. The trailers, however, remain available indefinitely so that the films continue to be promoted internationally for a very long time.

Any other festival, such as Cannes, showcases the films locally only; the international viewers do not have access to watch them or to familiarize themselves with the names of all the selected filmmakers. At Global Nonviolent Film Festival, the world viewers can watch the films and enjoy them from the comfort of their homes; they can read about the filmmakers in Daria! magazine and they can view, every day, the video presentations provided for every movie. This makes GNFF the best place for producers to showcase their work.

Members of the media who are interested to watch and review the participating films, are invited to apply for a VIP Pass that will give them access to viewing all films, on the Festival’s on-line channel, during the 11-day period of the event, from September 20 to 30.

Journalists who are interested to write about the Festival or to conduct interviews with the event’s organisers, are welcome to contact Global Nonviolent Film Festival at: info@nonviolentfilmfestival.com

The Festival fights world violence one film at a time!

Any world brand and organisation with strong social responsibilities’ commitments and principles that are against violence may like to consider sponsoring this vanguard film festival.

All sponsorship queries should be addressed to: corporate@globalfilmstudio.com

Global Nonviolent Film Festival is owned and organised, since 2012, by Canadian company Global Film Studio, a media company focused on ventures that are socially conscious and nonviolent. Film producer Daria Trifu serves as the Festival Director and film director Bruno Pischiutta is the Artistic Consultant.

Over the years, the Festival launched new filmmakers as well as awarded Stars like Nicole Kidman, Woody Allen, Richard Gere, and Robert Redford, among many others; some of the films awarded gained access to theatrical releases and have competed for Academy Award®’s nomination consideration.