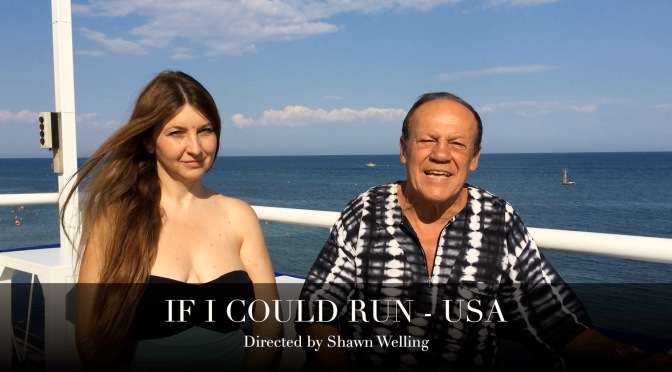 IF I COULD RUN
80 min. – USA
Directed by Shawn Welling

Today’s video presentation by film director and artistic consultant of the festival Bruno Pischiutta and actress Christie Norton (who is featured on the Festival’s 2018 poster) is now live on the Festival’s broadcast channel alongside all 32 films selected from 20 countries that are participating in this year’s event.

Read about the participating films, including directors’ statements and interviews, in Daria! magazine (starting at page #50) here:

Global Nonviolent Film Festival is the most important and renown nonviolent film festival in the world and it takes place online, on it’s TV channel, between September 20 – 30.

Every day throughout the Festival, a new Daily Presentation video goes live on the TV channel.

The world viewers may watch any of the trailers and daily presentations for free. There is a small fee being charged (pay-per-view) by the Festival to the viewers when they watch any of the full length movies, documentaries, docudramas and music videos; the viewers have also the “Rent All” option for 50 Canadian Dollars that gives them a streaming period of 72-hours during which they may choose to watch any of the available films.