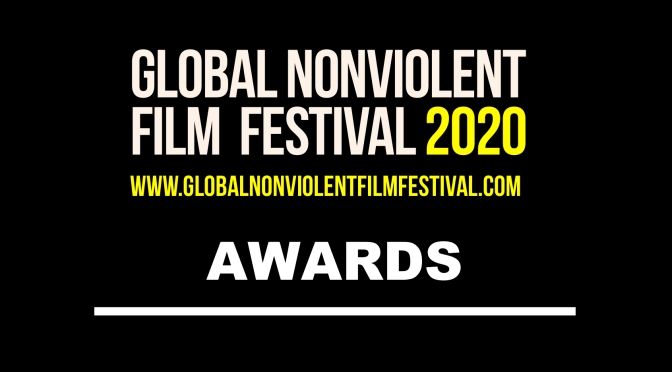 October 8, 2020 — Hollywood, California — Global Nonviolent Film Festival, the most important and renown nonviolent film festival in the world, announced the Awards handed at its 9th edition.

The announcement was made by festival director Daria Trifu and festival artistic consultant Bruno Pischiutta in a video presentation that is available for viewing on the Festival’s on-line Channel:

66 films from 30 countries have participated at this year’s Festival, the biggest number yet. There were eleven world, and seven on-line premieres.

A total of 43 awards have been given by the Jury, and they are:

Best Subject
AWAY FROM GUNS – Switzerland
Directed by Hassan Lakhdar

Every one of the 66 participating films and videos are presented – with photos, directors’ commentary, and more – in the 2020 issue of DARIA! magazine that is available on-line, in an easy to read format, here:

The 2021 edition of the Global Nonviolent Film Festival will take place from September 23 to October 3. This will be the 10th annual edition of the Festival that was founded in 2012.

The Most Important & Renown Nonviolent Film Festival in the World