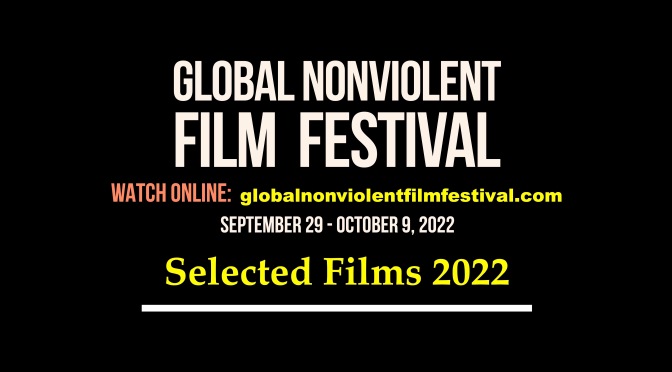 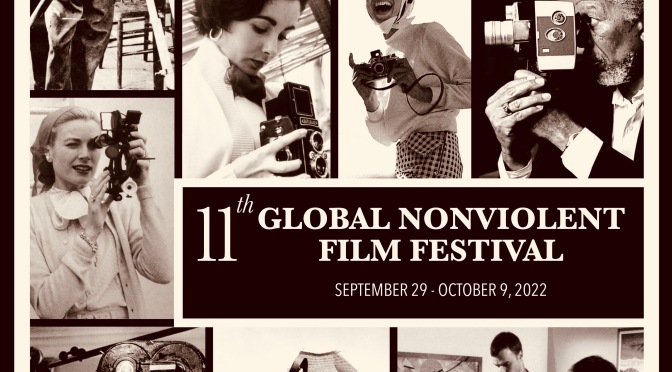 Ten world premieres are among the 38 films from 19 countries selected to compete at this year’s festival.

This is the 11th edition of the most important and renown nonviolent film festival in the world that was founded in 2012 by film director Bruno Pischiutta and producer Daria Trifu.

The festival takes place from September 29 to October 9, and it is broadcast on-line at globalnonviolentfilmfestival.com.

The program offers 38 full-length films, documentaries, animation and experimental movies, and music videos that will all go live on Thursday and stream during the festival on a pay-per-view basis. There will also be free content available such as the Daily Video Presentations (11 in total) and the Awards Video Presentation, in addition to the films’ trailers. For the viewers who wish to follow the entire festival, there are VIP Passes available to purchase directly from the channel at the price of $100 each; one pass offers 7-day access to all the content. Viewers may also opt to pay-per-view for the titles that interest them most.

Festival director Daria Trifu promises “great entertainment provided by inspiring stories that are told on film by exceptional talent in a kaleidoscope of cultures and nationalities.” Speaking of the festival’s mission, she quotes Greek teacher and film buff Athina Aigli who had this to say, “Global Nonviolent Film Festival allows us to take a look at what make this world beautiful and interesting, what enriches people’s relationships, and what motivates us to look deep within. It challenges all of us to focus on everything that is non-violence related.”

In the first day’s Video Presentation, that will go live tomorrow morning, September 29, the hosts will introduce the members of the jury and the following three films from the line-up:

In a recent article published by the Greek media, Daria Trifu said that she was “proud that this year our festival opens with Abyss In. This film shows us the dramatic conclusion of a love story that cannot overcome the mental illness and the progressive suffering that separation, isolation and divorce bring to a middle-age man. Yannis Aivazis starts his film directing career brilliantly, and his work rightfully demands our attention.”

When asked for his thoughts about the Greek film, Bruno Pischiutta had this to say, “many things struck me in this film. For a start, the timing and pace of the direction and acting are perfect; nothing is superfluous, nothing is redundant. Yannis makes some amazing directorial choices for a first-time director, and does not fall into any of the many traps in which even the best first-time directors often fall into. There is not a single wrong camera movement, and the ensemble Yannis has created is remarkable. The actors are all good and carefully chosen. Bravo to Stavros Parcharidis whose performance is outstanding, and to Christine Konstantinidou in the part of Anna! The sets designed and furnished by Maria Korinthiou fit perfectly with the story, which is constantly emphasized by Yorgos Vasiliadis’ cinematography that stops at the essentials. All the elements of the drama are offered to the viewer, but there is nothing more, there is only what needs to be there.”

The art, culture, and entertainment magazine “Daria!” provides the full coverage of the Festival with articles about the selected films, and daily news throughout the event. The magazine, founded in 2005 by Daria Trifu, is available at dariamagazine.com.